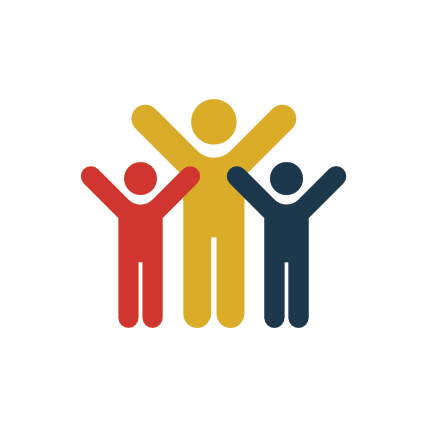 Data-driven discussions on how to better serve youth and families

Data-driven discussions on how to better serve youth and families

of adolescents do not receive needed services

Critical intervention mappings are working in several regions across the country.  Untreated behavioral health conditions and unaddressed exposures to childhood trauma both have significant negative effects on lifetime well-being. In the long run, they may cause many different bad outcomes. These include increased challenges in school and at home; increased risk of suicide, homelessness, and victimization; and increased substance use and abuse, comorbid physical health problems, decreased mental wellbeing, delayed or disrupted cognitive development, and premature death (Cromer & Villodas, 2017; Flannery, Singer, & Wester, 2001; Yates, Dodds, Sroufe, & Egeland, 2003).

But nearly half of adolescents that need services do not receive them. Among those that do, significant differences in access are apparent across racial and ethnic groups (Alegria, Vallas, & Pumariega, 2011; Kirk & Sampson, 2013).

Youth with these conditions are disproportionately excluded from school. They are also over-represented in the child welfare and juvenile justice systems (Abram, et al., 2013; Arroyo, 2001; Shufelt & Cocozza, 2006; Teplin, Abram, McCelland, Dulcan, & Mericle, 2002). Just getting involved with the justice system can have negative results in the short and long term. These include decreased mental well-being, life-long barriers to education and employment, and harsher legal penalties for future crimes (Hobbs, Wulf-Ludden, & Strawhun, 2013; Holman & Ziedenberg, 2006; Mendel, 2011; Ryzin & Dishion, 2013). Plus, spending time in detention disrupts health care during adolescence, a key developmental period. Research shows that this may make existing health disparities between white adults and adults of color worse (Kirk & Sampson, 2013).

Youth with behavioral health and trauma-related conditions need help. Communities across the country recognize that the best interventions for these young people are evidence-based and provided in the community. The Critical Intervention Mapping for Youth offers two unique approaches to help put these principles into practice. Both options lead groups in data-driven discussions on how to better serve youth and families:

Option A focuses on community-based ways to respond to youth getting involved in the juvenile justice system. This option takes participants through specific steps. Opportunities to intervene are identified. Current practices are mapped out. Finally, chances to identify and respond to youth needs are documented in an action plan.

Option B focuses on supporting and making connections and partnerships in the community. This option uses a Systems of Care approach, considering all systems and institutions that serve youth in the community. The process starts by looking at how institutions are already working together. Community services and supports are mapped. Lastly, opportunities to take advantage of or create additional resources are captured in an action plan.

Increasing collaboration between institutions that serve youth in the community is at the heart of this mapping service. When everyone understands where their efforts to serve youth are already connecting, it is easier to see the gaps. Then communities can plan ways to identify and support young people that have needs related to behavioral health and trauma. They can increase opportunities to intervene early and connect youth with services or support. This increases the likelihood of young people safely remaining in school and in their community. Ultimately, it improves quality of life for youth in the near term and throughout their lives.

Our model is framed by these tenets:

The various stakeholders involved in this systems mapping are:

While follow-up technical assistance is neither expected nor always necessary after the conclusion of your systems mapping events, some jurisdictions may find additional assistance necessary. If your community feels that additional support would be beneficial, the SMC is available to host follow-up convenings, provide guidance and resources, or connect you with <a class="whitelinks" href="https://smc.prainc.com/about/meet-the-team/" data-wp