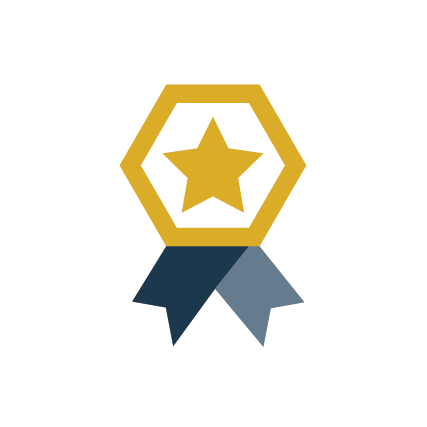 Crisis Intercept Maps for Service Members, Veterans, and their Families

Veterans die of suicide at a disproportionate rate. In 2018, 13.8 percent of all U.S. adults who died of suicide were Veterans, even though they make up just 8 percent of the country’s adults (U.S. Department of Veterans Affairs, 2020, U.S. Census Bureau, 2020). Most of these were not getting help from the federal agency that serves Veterans. Only 35 percent of Veterans who died of suicide were in contact with the Veterans Health Administration (Veterans Health Administration, 2017). That means that services provided in the community are an important way to reach and help Veterans who are at risk. Suicide is a public health crisis. Community support is essential in reducing the number of Veterans who take their lives.

Each Crisis Intercept Map for SMVF is customized to the unique needs of the community. However, our team of facilitators will guide each site through these general steps:

The Crisis Intercept Map outlines the flow of SMVF experiencing thoughts of suicide through behavioral health services. The mapping focusses on four specific intercepts, or moments when help could be provided:

The stakeholders involved in the Crisis Intercept Map for SMVF include:

Examples/Case Studies
Our trained team of facilitators are experts in delivering this cross-systems mapping. We have served 27 communities across the country in the last 3 years.

To implement the 3 Cs, Virginia launched a pilot that ran from February to September 2020. The pilot embedded military culture, suicide prevention, and safety planning resources in state and community agencies.

Virginia also made SMVF resources more accessible during key windows. They focused this work on pre-crisis services and life-saving services during a crisis. Between February and April 2020, the pilot program served 2,048 people and screened 64 percent of them for suicide risk. They found that 23 percent of the 1,305 individuals they screened were “at risk.”

In the future, the program plans to expand suicide risk screening and referrals and improve data quality. It will also promote the expansion and future operation of these activities by finding multiple sources of funding.

Roughly 300,000 Veterans live in or near Houston, Texas. Mayor Sylvester Turner wanted to expand the conversation around SMVF mental health and suicide. Mayor Turner also wanted to strengthen partnerships between local communities, governments, and nonprofit agencies. The city held a Crisis Intercept Map for SMVF in July 2018. The assembled team looked at care coordination across the crisis continuum. Using the resulting map, the team partnered with the Harris Center and the Michael E. DeBakey VA Medical Center. Together, they established a robust and continuous care coordination model for Houston-based SMVF.

Follow-up technical help is not always needed after your cross-systems mapping event. But some jurisdictions find additional assistance useful. If your community wants more support, the Systems Mapping Center is here. The Center can host follow-up meetings, give guidance and resources, or connect you with topic experts. These follow-up opportunities are offered on a fee-for-service basis if the need comes up.